“Sometimes it just doesn’t feel fair. Especially when we’ve done ‘all the right things’ and have been faithful to God and yet, the other person seems to not only get away, but also ‘prospers’.”

My friend and I both nodded. Because, while the details of our stories were different, we both felt it like a knife wedged deep in our hearts.

When life isn’t fair and the hurt echoes deep for not only months, but years, while you faithfully keep pushing through only to feel like you’re going nowhere…you begin to wonder if it’s all in vain. –If your God just lost your number or name, or something.

Have you ever felt that way? Like you do things “right” only to move forward 2 steps but then back 3? Yet, as you watch those around you who have done (and are doing) terrible things SEEM like they are living the life?

It really does make for an aching heart and stings even deeper when arrows dripping with lies are launched straight at you.

I wonder if that’s how Job felt. When God allowed Satan to test Job and Job literally lost EVERYTHING. Even his wife sneered at him and questioned why he would stay loyal to a God who wouldn’t even protect him. But, Job stayed loyal and faithful. I bet it was hard, though. I bet it stung. It had to be just as confusing as it is for us. Job lost his servant, all of his livestock, all of his children, and then…had terrible physical afflictions. Essentially, he’d lost almost everything.

The Bible tells us that God ended up restoring Job and gave him back twice what Job had lost. But, what we don’t know is how long Job suffered. Yet, it’s in that suffering that Job grew. His faith was tested HEAVILY and he kept praising God. God didn’t forget Job and He hasn’t forgotten us, either. He sees you, right where you are. He’s got plans (to help, not harm) for you and your life. Maybe right now is a time of refinement (which almost always doesn’t feel pleasant), but it doesn’t mean the fight is being lost.

When gold is mined out of the earth, it has to go through a process of refinement before it is fully useable or considered valuable. This refinement process of gold involves submerging the gold in a mixture of nitric and hydrochloric acid. These acids dissolve the ore and separate the gold from the impurities, which will later be washed away.

This time of refinement isn’t to hurt us…it’s to make us stronger and better so that we can handle the blessings coming next.

No, God has NOT forgotten us and Satan will not win. God isn’t missing the ugly nor is it going to go unseen or undealt with. Your time is coming; you just need to hold on and know that the fires that cleanse you won’t burn you up. You will rise up, stronger than before.

Just keep praising Him, the One who sees. He’s got you. 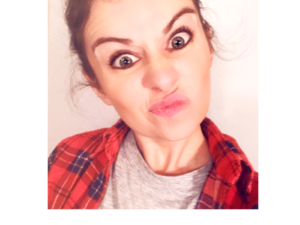